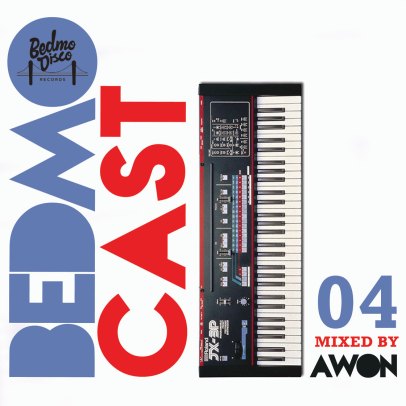 No tracklist this time around, but expect tracks from the likes of I-Level, Freez, Krystol, Donna Allen, Rene & Angela, D-Train and many, many more. Think fat synth basslines, twiddly LFO “funk buttion” action, vintage synths and gorgeous vocals. Plus, of course, a dash of slap bass!

Awon is a firm part of the Bedmo Disco family and has been working with us in the studio, adding his musical skills – keys, guitar, bass, wooden frog, MPC manipulating – to our productions. Two of his tracks – one of which we had a hand in constructing/arranging – will be featured on BEDM006, due for release later this spring, alongside two cuts from Bedmo Disco (which, erm, he also played on). More about that EP soon, so stay tuned for info. There will also be a solo Awon EP later in the year, too, which will probably drop in September or October.

Awon will be joining Sell By Dave and Five-Srylez behind the decks as part of a newly-expanded Bedmo Disco DJ crew at a number of events this year, including Soundwave Croatia, the Globe in Brighton (April 7) and the next label party at Big Chill Bristol (24 March).

Anyway, enough of that – give the mix a whirl and let us known what you think. We reckon it’s lush!

(Note: It is possible to download all our mixes – it usually requires right clicking or on Macs, CTRL+ click, then selecting ‘download’ linked file or similar. Check the help section of your browser software for details!)